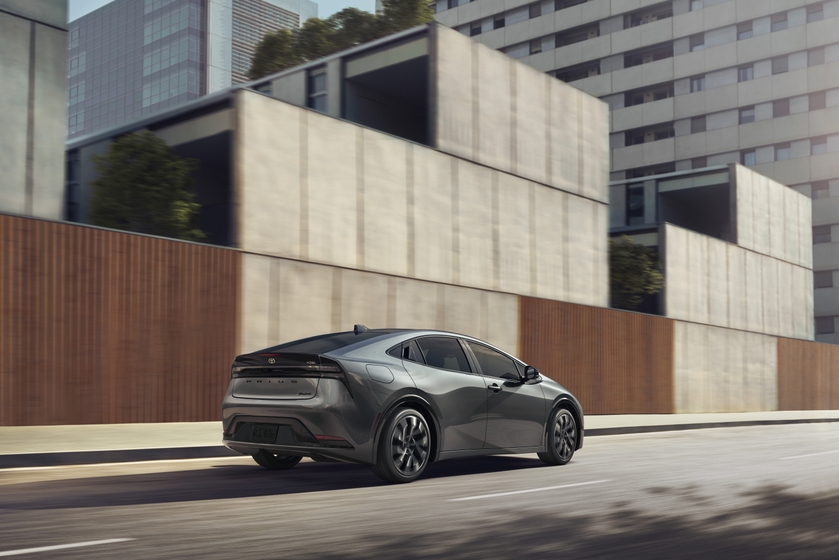 TORONTO, Ontario (January 17th, 2023) – At this month’s Montréal International Auto Show, Canadians will be able to get up close and personal with two exciting vehicles from Toyota – the next-generation Prius Prime plug-in hybrid and the all-new Corolla Cross Hybrid. Making their Canadian auto show debuts and arriving at Toyota Dealers this year, these two models represent Toyota’s strategy to build on its hybrid technology leadership to provide more sustainable vehicles engineered for Canada’s geography and climate.


In addition to these models, the Toyota exhibit will showcase the company’s full range of vehicles. These include fun-to-drive, fun-to-own sedans, coupes, and hatchbacks… stylish and versatile crossovers and minivans… and ready-for-anything SUVs and pick-up trucks.

Accredited members of the media are invited to preview these models at the Toyota booth during the Montreal auto show Press Day on January 19, 2023. An extensive portfolio of Toyota vehicles and technologies will also be on display.

For further information or to set up interviews with Toyota spokespeople, please contact:

Toyota Canada Inc. (TCI) is the exclusive Canadian distributor of Toyota and Lexus vehicles. Toyota has sold over six million vehicles in Canada through a national network of 287 Toyota and Lexus dealerships. Toyota is dedicated to bringing safety, quality, dependability and reliability to the vehicles Canadians drive and the service they receive. TCI’s head office is in Toronto, with regional offices in Vancouver, Calgary, Montreal and Halifax, and parts distribution centres in Clarington and Vancouver. Toyota also operates two manufacturing facilities in Canada. Having produced more than nine million vehicles, popular Canadian models built at these facilities include Toyota RAV4, Toyota RAV4 Hybrid, Lexus RX 350 and RX 450h hybrid, as well as Lexus NX 250, NX 350 and NX 350h hybrid. The company has sold more than 20 million electrified vehicles worldwide and is the number one seller of electrified vehicles in Canada.